At a kickoff celebration, on June 7, 2018, Westford resident, Kathy Lynch, officially announced her campaign for State Representative in the 2nd Middlesex District. The district includes Westford, Littleton, and precincts 5,7 and 8 of Chelmsford. With encouragement from colleagues and supporters, Lynch decided it was best for the voters of the district to have a choice at the ballot box on November 6, 2018. 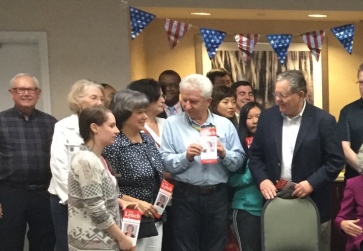 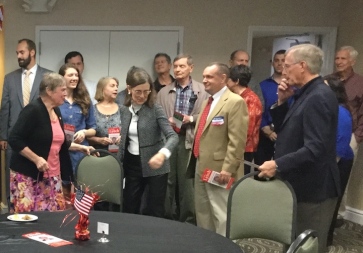 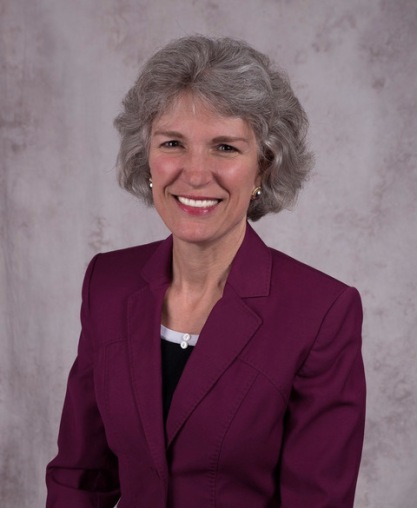 At her kickoff event, Lynch shared that she grew up on Long Island. “Don’t hold it against me,” she quipped. She was the youngest of five children – the “baby” of the family. “You would never know it with hair like this,” she joked while tugging at her gray hair. Altogether, she and her husband, John, have lived in Massachusetts for fifteen years. As a mother of two very active teenagers attending the Westford Public Schools, Lynch sees the importance of quality education and healthy communities. “The children need balance – academically, socially, and physically,” said Lynch.

With years of experience working in the federal government, private industry, small business, and volunteering within the community, Lynch understands the world of work and wants to support strong, local businesses. “Many small businesses are thwarted in their tracks with upfront expenses, regulations, licensing, taxes, permitting, insurance and competition from big business. Yet, small business has the unique capacity to reach innovative, niche markets that our district needs,” says Lynch.

Lynch considers herself a true patriot stating, “My Dad and other relatives have served in the military in order to defend America’s freedoms. As a legislator, ​I will uphold American principles set forth by our forefathers in the Constitution and other founding documents. I will demand transparent, public access for every legislative vote. The voters in this district deserve that. Additionally, I will vote against excessive, burdensome taxes while directing more of our tax dollars to local aid.”