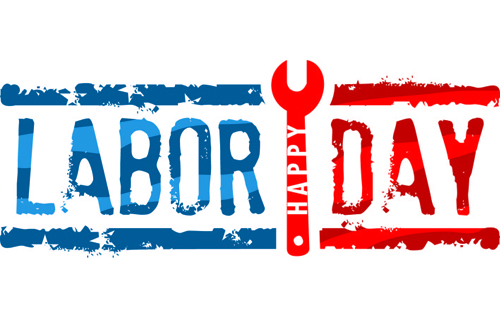 Happy Labor Day from the Westford Republican Town Committee (WRTC)!  Did you know that the first Labor Day was celebrated in New York City on September 5, 1882?  It is now a nationwide holiday that recognizes the social and economic contributions of the American worker (oh, and Canada celebrates its own version of “Labour Day”, too).   Labor Day weekend is the last holiday weekend of the summer.  When the weather cooperates, it’s a great time for family gatherings, trips to ocean or lakeside beaches, lounging by backyard swimming pools and enjoying BBQs and picnics.  Today, the WRTC is reflecting on our own summertime picnic that took place on August 7.

Food, fun and patriotism were on the menu when folks gathered for the picnic at the home of Buzz and Dawn Gillogly in Westford.  Adults and children were welcomed to this special event which carried the “Keep Cool with Coolidge” theme, in recognition of the 30th President of the United States, Republican Calvin Coolidge.  The event was open, not just to those from the town of Westford, but from neighboring communities, as well.  We were pleased to be joined by some students from the Groton-Dunstable Regional High School Republican Club (which got us thinking – shouldn’t there be a similar Republican Club at Westford Academy?).

The weather could not have been nicer for this late-day gathering which was kicked off by WRTC Chairman, Wade Fox, with inspiring remarks about America’s Founding Fathers.  He introduced notable guests which included:  Westford Selectman, Scott Hazelton, and local candidates, Ann Wofford (running for Congress), Kamara Kay (running for State Representative), and Rich Baker (running for Governor’s Council).  Before making a mad dash for the food, picnic attendees recited the Pledge of Allegiance and a prayer was offered.

When appetites were sated with hamburgers, hotdogs, and additional customary picnic fare, MA Republican State Committeeman, Dennis Galvin, enthusiastically introduced special guest speaker, MA State Representative (Republican), Jim Lyons (Andover, MA). Representative Lyons delivered a well-received speech that spoke of the need for Republicans to boldly stand up for their beliefs.  Additionally, he encouraged everyone to get involved with the citizen’s petition to repeal the Bathroom Bill.

There were lawn games and a Calvin Coolidge trivia game featuring prizes for trivia experts.  Attendees also enjoyed an impromptu demonstration of Tai Chi offered by Jay Villagomez, Groton-Dunstable Regional High School teacher (AP Government, World and US History, International Business and Economics), and students from the school’s Republican Club.  During the demonstration, Villagomez explained how he teaches the principles of the Declaration of Independence through this Chinese martial art.

Many members of the WRTC worked hard to coordinate the picnic and were so pleased that this year’s event attracted the largest number of attendees in the picnic’s three year history.  We’re already looking ahead to next year when we hope to welcome back those that attended this year, as well as many new friends from Westford and surrounding towns.  If you were able to attend this year’s picnic, we hope you had a great time.  Perhaps you might consider becoming a WRTC member yourself.  If interested, contact Wade Fox, WRTC Chairman at:  wadefoxjr@aol.com.

Have a safe and happy Labor Day!